Skits for Campfire Programs and Other Gatherings

Every campfire program should have plenty of skits. They also make a great intermission in a meeting. Sometimes they teach a lesson, sometimes they don’t, but they are always fun.

Skits also help youth learn communication skills. Scouts who put on skits will become more comfortable in front of an audience. Youth who find giving presentations difficult might find it easier to be up front if they are in a different persona.

And skits at camp provide entertainment in an environment away from technology.

What’s your favorite skit? Do you have a video of it?  Ask Scouter Mom a question or share your ideas with others

The most popular skits on this website are listed below.

Add a comment    Read all comments    Ask a question 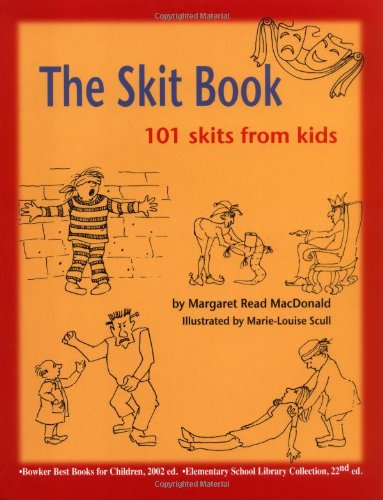 I Have to Go Wee

Going on a Bear Hunt Song/Skit

The We Don’t Have a Skit skit is great because it can be used with any number of Scouts. It is also a good skit to do with younger Scouts…

I Have to Go Wee

This skit works with any number of Scouts. And because there aren’t really any lines to memorize, I have seen it done successfully with all levels – even Tigers.

Going on a Bear Hunt Song/Skit

This skit has multiple versions. It is actually based on the book We’re Going on a Bear Hunt by Michael Rosen and Helen Oxenbury.

Here’s a fun skit for a Pack meeting or a November campout. It is very easy and can be put on with almost any number of Scouts.

I’ve Come to Marry the Princess

The Skittles Skit, like many of the skits I have seen, is full of kid humor and outrageous behavior. That is why they like it so much.

I’ve Come to Marry the Princess

One of the great things about this skit is that the characters can be changed around a little to make it more fun. I’ve seen a very funny Star Wars version. And I remember one with the Kool Aid man…

The Making a Film skit is one of the most versatile skits in a Scout’s arsenal. It can be adjusted to any theme or holiday. I’m giving a description rather than a script for this one because it is different…

My Webelos den has been working a puppet skit. When they first started brainstorming, they were thinking big. They wanted to do Star Wars. A cast of thousands! Millions of props!

I can’t say there is any lesson to be learned from this biker gang skit other than don’t forget to bring your tent. And no, this is not my impression of bikers, so don’t write. Maybe you could start with some humor and then lead into a discussion about leadership.

This is a funny skit just because it is so messy. I have seen this performed by camp staff many times. Cub Scouts love watching their counselors cover each other in shaving cream!

Skits can be a great way to start an instruction program. They get everyone’s attention focused. I saw this How to Build a Fire skit at a camporee, but it would also work as an introduction to a session on fire building