By doing the requirement for the TRUST award, Venturers learn to deepen their own faith and to respect the beliefs of others. They understand that trust comes from having honest and respectful conversations about faith and culture. They put their beliefs into action by doing service work in the community.

While working on the TRUST award, Venturers will learn more about themselves, their communities, their religion and culture, as well as those of others. As with many other requirements throughout the Venturing Program, Venturers will be required to share what they learn with others. 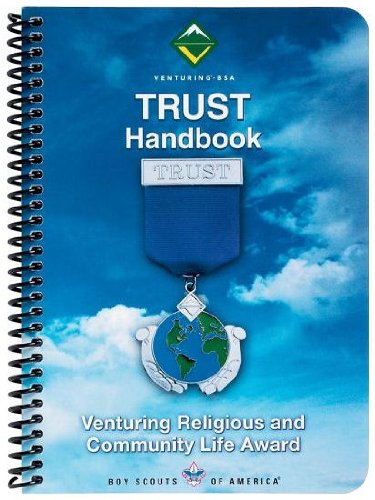 Additional resources and ideas for the Venturing Trust Award

Build trust with these related ideas and achievements:

More information about the award and more resources for Venturers

The Boy Scouts of America joined the Messengers of Peace initiative in 2012. This program encourages Scouts around the world to work for peace by being a positive force in…

Scout Questions and Answers from Scouters

A number of readers have asked questions about a variety of situations in their units. You might find these Scout questions and answers helpful.