This is a good skit for a campfire program or just for a den to do something different at a Pack meeting.  It works with any number of Scouts. And because there aren’t really any lines to memorize, I have seen it done successfully with all levels – even Lions and Tigers.

I think we can all sympathize with the leader in this skit.

I Have to Go Wee Skit

Leader: Its time to get in your sleeping bags and go to sleep.

Scouts lie down on the floor in a row, like they are sleeping. Some might be snoring. The leader should be at one end of the row and the waking Scout should be all the way on the other end of the row.

The waking Scout pokes the Scout next to him and says. I have to go wee!

Each Scout in turn passes the message along to the next person in the row: <Waking Scout’s Name> has to go wee.

When the message gets to the leader, he says. We just went wee. Tell <Waking Scout’s name> to go back to sleep.

This message gets passed back down the row to the Scout at the end. There is a little more snoring and the waking Scout pokes the guy next to him and says. I really have to go wee!

The message get’s passed back to the leader again. He tells them to pass the message back to go to sleep again. This can go back and forth a couple more times. Finally, the last time, the leader says. OK, tell <Waking Scout’s name> to go wee.

The message gets passed back to the guy at the end. He jumps up and runs around yelling Weeeeeeeeeeeeee!!!!!!

Then he lies down and goes to sleep. 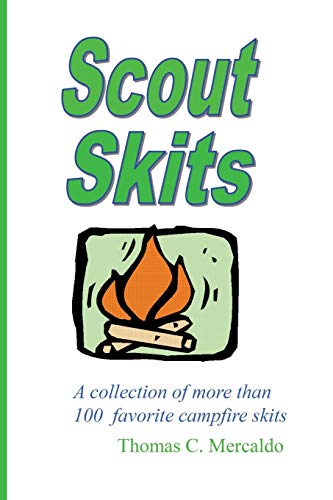 Get over 100 skits to browse

Printable PDF of I have to go wee skitDownload

See a large selection of skits for Scouts of all ages. Some are very simple, others are full length features. 🙂

This is a great skit for younger Cub Scouts who won’t be able to remember lines.

Jokes can also be turned into easy skits.