About This Instructional Skit

Skits can be a great way to start an instruction program. They get everyone’s attention focused. I saw this How to Build a Fire skit at a camporee, but it would also work as an introduction to a session on fire building.

I don’t remember the exact dialog, but I’ve given you the general idea. I think these guys were doing some improv based on some old Scout jokes and their knowledge of how to build a fire.

Scout 1 is sitting in a lawn chair and Scout 2 is standing next to him.

Scout 1: It’s pretty cold out tonight, so John and I are going to show you how to build a fire. This is an important Scout lesson, so pay attention! First we need some tinder. Belly button lint makes great tinder. John, could we use your belly button lint?

Scout 2 lies down on the ground on his back and pulls up his shirt a little to expose his belly button.

Scout 1: John, I think it would be better if you removed the lint instead!

Scout 2 nods his head, turns around so the audience can’t see, and produces his belly button lint – a big cotton ball.

Scout 1: Wow! That’s a lot of belly button lint. Maybe you should clean that out more often.

Scout 2 shrugs and puts the cotton ball on the ground.

Scout 1: Now we need some small twigs and sticks. John, could you find some for us.

Scout 1: That’s a little larger than I was thinking about. I want some really small twigs and sticks.

Scout 2 puts down the logs and goes out. He returns with a few large sticks – 1 to 2 inches in diameter.

Scout 1 (starting to get exasperated): Still too large. That’s not how to build a fire! Lots and lots of tiny, tiny sticks!

Scout 2 puts down the large sticks and leaves. He brings in one twig and holds it up.

Scout 1 (getting more angry): We need more than that!

Scout 2 walks out. Scout 1 keeps looking around for him.

Scout 1: I guess if you want something done right you have to do it yourself!

Scout 1 gets out of his chair and storms out in the opposite direction of Scout 2. Scout 2 returns with a good sized load of twigs and small sticks. He proceeds to efficiently make the fire with the other materials he brought in earlier. He lights it (either pretend or for real), and sits in the chair, holding his hands over it to warm them.

Scout 1 returns with a disorganized array of sticks and logs. He sees Scout 2 sitting in his chair, drops his fire building materials, and throws his arms up into the air. 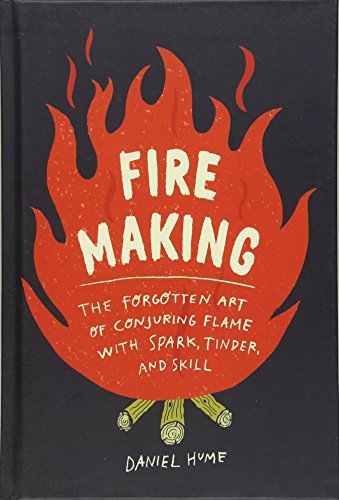 Learn how to buid a fire successfully every time

PDF copy of How to Build a Fire SkitDownload

The Science of Fire – The Fire Triangle

The Fire Triangle will help Scouts understand the way fire works and what is required to start and sustain a fire. It also helps scouts know how to contain fires and put them out.

The printable version is blank.

Thanks for letting me know. I fixed it up.