Scouts working on the Citizenship in the Nation merit badge learn about the rights, duties, and obligations of United States citizens. They explore important places in our nation and learn to keep up with national events. They also investigate the importance of documents like the Declaration of Independence, the Constitution, and the Bill of Rights. Scouts also find out about the branches of our federal government and how they compliment and balance each other.

The Citizenship in the Nation merit badge is required for the rank of Eagle Scout. 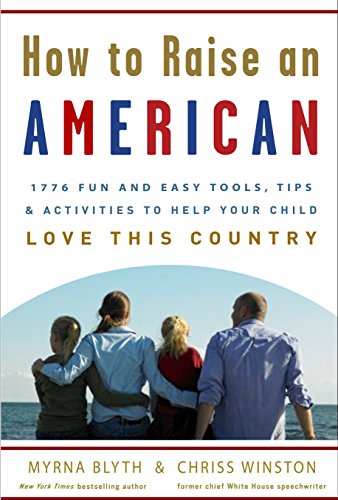 Get citizenship activities for youth

Help with Answers for Citizenship in the Nation Merit Badge Requirements

Find specific helps for some of the Citizenship in the Nation merit badge requirements listed below. Some of these resources will just give the answers. Others will provide engaging ways for older Scouts to introduce these concepts to new Scouts.

Who is a US Citizen?

Duties of a United States Citizen

Other Rights for US Citizens

Who is a US Citizen?

Duties of a United States Citizen

Other Rights for US Citizens

This is an official list of noteworthy locations which are being preserved for history. It is somewhat difficult to search, but you can find locations by keyword (such as your town) near the middle of the Database/Research page.

This site has a good summary of how national monuments are designated. And it also provides a comprehensive list, with many in the list linking to the website for the monument.

Citizenship in the Nation Merit Badge Requirement 3: National Issues in the News

Watching or Reading the News

Watching or Reading the News

You can watch the national news on TV or look at the front page of a major newspaper. Take some notes, especially if you are watching the news on TV, so you can remember which stories seemed most important.

If you really can’t watch the news on TV and you don’t have access to a major newspaper, you can read the US News section of the New York Times online.

The Declaration of Independence

The Preamble to the United States Constitution

The Constitution for Kids – Preamble

The Bill of Rights

A Video Explanation of Amendments 11-27

The Declaration of Independence

Read the full text of the Declaration of Independence online.

What you might not know about the Declaration of Independence

The Preamble to the Constitution

“We the People of the United States, in Order to form a more perfect Union, establish Justice, insure domestic Tranquility, provide for the common defence, promote the general Welfare, and secure the Blessings of Liberty to ourselves and our Posterity, do ordain and establish this Constitution for the United States of America.”

The Constitution for Kids – Preamble

The Constitution acted like a colossal merger, uniting a group of states with different interests, laws, and cultures. Under America’s first national  government, the Articles of Confederation, the states acted together only for specific purposes. The Constitution united its citizens as members of a whole, vesting the power of the union in the people. Without it, the American Experiment might have ended as quickly as it had begun.

The Bill of Rights

Read the amendments which are not part of the Bill of rights. There are 17 more.

A Video Explanation of Amendments 11-27

This video reviews the Bill of Rights and goes more in depth on the final 17 amendments.

Citizenship in the Nation Merit Badge Requirement 5: Functions of Government

6 Functions of Government in the Preamble

Students Reflect on the Preamble

6 Functions of Government in the Preamble

Students Reflect on the Preamble

10 Great Speeches in US History

10 Great Speeches in US History

This list provides ten good options for this requirement. It gives a little background on each speech and a link to more information. Pick one which interests you and read it. Then choose a few lines which seem especially significant to you and reflect on why these particular words are meaningful to you right now.

The Three Branches of the US Government

The Three Branches of the United States Government

Congress is the legislative branch, which writes and passes laws. It also approves some actions of the Executive branch. Congress consists of two bodies: the Senate and the US House of Representatives.

The executive branch consists of the President, Vice President , and Cabinet. The President approves laws by signing them or rejects them by vetoing them. The president is also the head of the military and makes treaties with foreign countries.

The Judicial branch ensures that the laws which are passed conform to the US Constitution. The justices are nominated by the President but must be approved by Congress.

Just select your state to find out who your two senators are. There will be a contact link for each one. Click on it to send an email. You can also find background information about your senators here.

Just enter your zip code and you can find out who represents you in the US House of Representatives. There will be an email icon you can click on to contact him or her. You can also see a map of their congressional district.

Learn more about US citizenship with these related ideas and achievements:

This constitution puzzle is a word search which contains words and phrases related to the United States Constitution.

Program features help youth leaders plan a month’s worth of meetings and activities. The Citizenship feature teaches Scouts understand their rights as US citizens. It also demonstrates how these rights are balanced by duties like paying taxes and voting.