About this Native American Game

This Native American game would be appropriate to play at a meeting or event focused on cultural diversity. Scouts can appreciate how people of different cultures all enjoy playing games. And they can think about how these games are similar to what they enjoy playing.

This Native American game is most similar to the popular sport of football. That is a good starting point for instructing the Cub Scouts on how to play.

How to Play Pahsahëman (Adapted)

Pahsahëman is similar to football. It has been played by the Lenape of the American Northeast for many generations. Traditionally, teams of men are pitted against teams of women. Men are allowed to kick the ball only, while women can kick, throw, or carry the ball. The version of this Native American game below has some added notes to adapt it for use by scouts.

• There is no specific field size. About 150 feet long is a common size. A peewee soccer field might work with a group of scouts.

• There are goals at each end of the field. Each goal is about 6 feet wide. Traditionally, the goals are made with trees or posts about 6 inches in diameter and about 15 feet high. There is no crossbar. When playing with scouts, use whatever goal is available or set up some sort of goal marker. 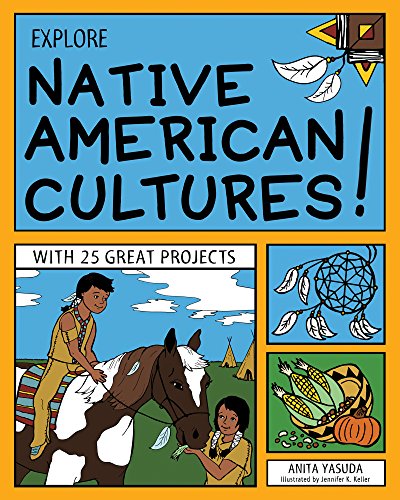 • Ball – a traditional ball is oblong, covered in deerskin, and stuffed with deer hair. It is about 9 inches in diameter. If you do not have the time or materials to make a traditional ball to use with your scouts, substitute a football.

• There are two teams. Traditionally men play against women. There can be any number of players on each team. When playing with scouts, you can decide if you want to have one team use the men’s rules and one use the women’s (and then switch) or just play the same set of rules for both teams.

1. An older man or woman (scout leader!) goes to the middle of the field an throws the ball in the air. The players try to knock it toward their goal – like a tip-off in basketball

2. The men may not pass or carry the ball. If a man catches the ball, he must stand where he is and kick it toward his goal. Women may pass the ball, run with it, or kick it. Women kicked the ball on the ground – no high kicks.

3. Men may not tackle women. They may guard women to make it difficult for them to pass. They can also knock the ball from a woman’s hands. Women may grab or tackle the men. (For scouts, keep the physical contact more like a basketball game.)

5. Score is kept by an older man or women. There are 12 sticks, each about 12 inches long. When a team scores, the stick is placed in the ground in a row for that team, so that in the end there are two rows of sticks, one for each team.

6. The game is over when all 12 sticks have been placed in the rows. The team with the most sticks wins. If there is a tie, there is a one point tie-breaker.

If you are looking for something a little less active, this dice game is easy to set up and play.

This is another Native American game which is somewhat like tic-tac-toe or checkers. It is played on the ground or on a board.

Be Respectful of Native American Culture

Before dressing up in Native American garb and putting paint on, think about how your actions reflect on the culture and be knowledgeable about how they might be interpreted.