Pack Committee Chair is a very important position in a Cub Scout Pack. Over the years I have worked with many different Committee Chairs in our Pack, ranging from very committed to almost non-existent. So I know from experienced that a strong, involved Committee Chair really makes a difference to the Pack leaders and to the Pack program.

A Pack Committee Chair must be able to juggle a lot of different things at a time and must be good at delegating.   That way he or she can provide support to the Cubmaster and Den Leaders and help them provide a quality program to the Pack.

Below is a typical description of the position. Adjust it to meet the needs of your Pack. 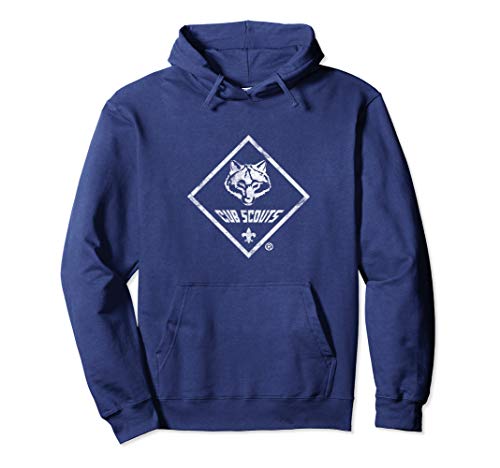 Get a Cub Scout hoodie

Our Pack Committee is one of the best! Not only was she a leader while her children went through the Cub Scout program, she has remained with the pack ever since – she has been with us for the last 15+ years! Hats off to Tracey Brookshire – her dedication to our youth is outstanding! Many thanks for a job well done!

Does the committee chair have a vote or only in cases of a tie?

I’m not sure. Our committee rarely does formal voting. There usually seems to be a consensus.

I serve as Commitee Chair and don’t always vote. I was told that anytime I or the Chartered Organizational Representive feel we need to veto something that has been approved at the meeting we can do so. I have only done this once and for a valid reason. We as a Committee when voting go with the majority on what we do. We have never had a tie but if it were to happen then would make a decision that is best for the pack.

I am going to be starting out as Committee Chair. I have a question,, what do you do if you have a larger den that you need to divide, but no one to lead the new den?

Sometimes it helps if you suggest that the two dens plan their meetings and activities together. That takes the pressure off of a parent who is a little uncertain about leading a den, but still allows the group to be broken into two dens during the meeting for “smaller group” activities. Also, if you have a veteran den leader who will serve as a mentor, that can help convince a parent that they can do it.

There is no reason to “have to” split a den (unless there is a restraining order?). I would prefer the boys remain one den, and that the leaders work together. They could take turns planning by week, month, or advancement, and would always have someone to cover when life doesn’t offer them the freedom
to be at scouts on a given week.

I have a responsibility to my volunteers to keep them happy and involved and I was not about to tell them that I had no den for their son for the next year.

The other families were told that they were forming into a new den that needed a leader. If no parent agreed to be a leader for that den by Sept 30th, we might have no choice but to disband the den and we would have no place for those scouts for the next scouting year. Maybe a miracle would happen and a new 2nd grade family would join and be willing.

This is an organization that is run by volunteers. None of us can manufacture a den leader out of fairy dust and wishful thinking. Our families needed to decide how important it was for them to have their son in scouting and if they were willing to do what was needed to make that happen.

Of the 6 kids, 2 left the pack and joined a different pack with a leader willing to have a den of 11 wolfs. 2 decided not to return. One of the remaining paretns was willing to be a den leader but was so reluctant and agreed a bit too late.

The current leader was willing to take these scouts and they are now off to a very good year with the smaller den.

We had three 2nd grade families wanting to join this fall but when they were told that we did not have room for them in an existing den. If they wanted to join, one of them would have to be the leader of a new den. They all balked and left and went looking for a pack with an existing den.

It was horrible and time consuming but necessary. In the end, I’m glad to have ended up with families who are happy to take part in what we do AND willing to help make it happen.

Jessica
Reply to  Jane B.

Um, wow Jane. I am saddened by the fact that adults made the decision to discriminate against children (and obviously adults) that needed this program very much as an example on how to be accepted and successful in life. This is the kind of example that you, as parents, decided to set for children? This seems like bullying to me and as a VERY active scout parent, I would have removed my child from your pack with an explanation to my child that this kind of behavior is NOT what scouting is all about and the ripple effect is not how to make positive changes in the world. It pains me to lose even one child

So, kids were punished because parents would not step up? Jane, I have never seen a pack not want to grow and what you described sounded just like that and very snooty I might add. I know you are trying to keep your regulars happy, but it also sounds like the requirements were not presented to the parents correctly. Scouter Mom posted above you some really great tips to get new leaders. You can’t just walk into a room of Tiger parents and say, oh by the way one of you has to step up or shove off. You have to sweet talk them and tell them how easy it is and how much you, as a CC or CM will help them. How veterans will attend their first few meetings to show them the way and get them on their feet. How there is only one hour a month required (the old lie). How you will train them and how much fun they are going to have. How the pack will buy their leader manual and maybe even pitch in the registration fee. It sounds like you did none of this and if that is the case, shame on you. The kids in your community deserve so much better than what you described.

I know I am a bit late to this party, but I have what I think to be a valid response to a comment that was made.

Jane, in your Pack, why was it that all the “good” families were lumped together? Would it not seem prudent to distribute the families that are working positively so that they can lead by example? For example, given your situation, and if I was in a position to be making decisions, I would split all of the families that volunteer and those that do not. Effectively, the current den leader and assistant den leader of the large den would each become (head) den leaders of their own new (smaller) dens. I would then ask other families to fill the newly created roles of assistant den leaders for the two smaller dens. You do not have to force families to jump in head first or leave. That is NOT the scouting way. A scout is Helpful. A scout is Kind. A scout is Courteous. This is about the boys, not about the adults that help. I was once in a Pack (growing up) that had adults that worked in this fashion. The end result was the Council banned the adults for several years from any involvement.

When asking new or existing families to begin volunteering, it is best to take baby steps. Start out by asking for them to bring in a snack for the den. Or contribute supplies for a project for their son to earn an achievement. Gradually step up the need they provide until it is obvious that the only thing left to do to be put in a position of authority is to put on the shirt. Which, I might add, is a very simple task. If it was known that this den would be dividing, or at least was nearing the size needed to divide, steps should have been taken long before the need actually arose to prime the other families and their involvement. Stepping into a helping role is much less stressful than forcing someone into leadership.

What do you do when no one will lead? We have a Wolf den of 3. All the dad’s were deploying. The mom’s were approached and asked if they could all three or two of them co-lead their own boy’s den. All three said no, it was too much. All three left our Pack and 2 have left scouting. I personally cannot lead their den and do everything else I do. My husband is also gone a lot. What do you do when there are not enough leaders? Everyone wants to participate but no one wants to lead.

Wow, that’s tough. Do you know of any “retired” leaders in your community who might be willing to step in on an interim basis and at least get the Den going for families who have dads that have deployed? Maybe someone whose scouts are grown? Once the moms see it up and running, maybe one of them could be eased into a leader role.

Is there no other Wolf Den that can take them, either within your Pack or in another nearby? I know the ideal size is 6-8 but we’ve had Dens double that just to make sure everyone gets in the program. It can be a pain but you hate to hear of scouts without a “home”…

Good luck to you and those Wolves!

I’ve been involved in Scouting for many years, I have a33 year old Eagle Scout. The committee guides the Pack and does the adminstrative part of the Unit. Den Leaders do program. Cubmaster is responsible for memorable awards ceremony 1 a month. His job is also help recruit leadership. He answers to Committee. Committee Chair is the top init person, only the COR is above this position. The Cubmaster has NO VOTE in Committee affairs. CM can make suggestions to Committee and answer any questions they might be qualified to answer ! NY no means does CM controls the Unit. The best Units have a good working multiple person COMMITTEE, 1 job per person; You’re there for the Youth and not egos. Training is a must for all to understand their position and how it interacts with everyone else. No Committee Chair and Cubmaster should be from same family.