About this Spoof on ‘Twas the Night Before Christmas

Kim Gilbert of Pack 533 in Andover, Kansas sent me this take on Twas the Night Before Christmas so I could share it with you. She says:

We have used this for years. I often have a den chief read it while the Cubmaster is preparing to hand out Derby car gifts, or surprise snacks from the moms or etc.

(See the bottom of this post for a printable copy of this spoof on Twas the Night before Christmas.)

Thanks Kim! I’m sure many of the Cub Packs out there will enjoy this.

‘Twas the Campout Before Christmas

A Scout Spoof on ‘Twas the Night Before Christmas
By Kimberly Gilbert
With Apologies to Clement C. Moore

‘Twas the campout before Christmas, and all through the Pack
All the parents were sleeping, each one in their sack.
The wet socks were hung up on a half-hitch taut line,
In hopes they’d be sorta dry by den hike time.

The Cubs were all snuggled in cold weather mummies,
With too many s’mores stuffed down in their tummies.
And Ma on the air mattress and I on my cot
Had just settled down – without pillows; we forgot.

When outside my tent there arose such a noise,
I sprang from my cot thinking, “Oh, those boys!”
So I grabbed my flashlight with the non-slip grip,
And fumbled with my front door so hard to unzip.

The moon shone through the treetops so clear and so bright,
I could see like the day time even though it was night.
And what to my red, weary eyes should appear,
But a blue and gold sleigh and a pack of reindeer.

A little old driver, so lively and quick,
I knew in a moment it must be St. Nick.
Much faster than Eagles his den of deer came.
He held up two fingers and called them by name.

As lightning bugs flit and light like a fairy
On a soft summer breeze that moves through the prairie,
So up to the fire ring the reindeer did glide
With a sleigh full of toys and St. Nicholas inside.

And then in a twinkling, I heard them all munch
On all of those carrots left over from lunch.
As I turned on my flashlight and tried to turn round,
I tripped on my tent line and fell to the ground.

And there stood St. Nick – he was dressed all in khaki!
With his red wool patch jacket that looked kinda wacky.
A bundle of goodies he had flung on his back.
He looked like a den chief just opening his pack.

His eyes – how they twinkled! His dimples – how merry!
His cheeks were like hot coals, his nose like a berry.
His lips they were holding a “Hot Hands” aglow,
Which lit up his beard which was white as the snow.

His kerchief was wreath green and rolled nice and tight.
For any good Scout he was surely a sight!
He had a broad face and a round little tummy
That shook when he laughed like a big red squid gummy!

He was chubby and plump – a right jolly, old Scout,
And I laughed and I smiled for I hadn’t a doubt.
A wink of his eye and a two-fingered sign
Soon let me know I would be just fine.

He said not a word but went straight to his work
He filled all the wet socks and then turned with a smirk,
And laying two fingers aside of his brow,
He gave a big belch after sampling our chow!

He sprang to his sleigh, to his pack gave a shout
(Confirming to me he was really a Scout).
But I heard him exclaim as he drove out of sight,
“Merry Christmas to all and to all, a good night!” 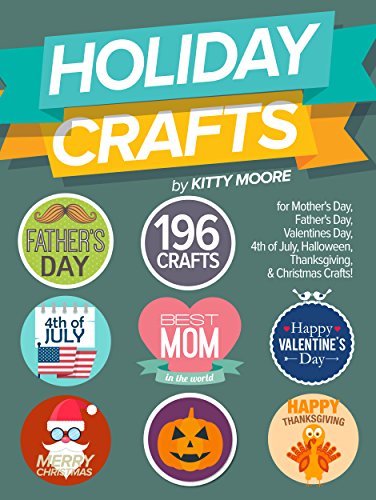 Get some Christmas Craft Ideas

Printable Copy of Spoof on Twas the Night Before Christmas

PDF Copy of Scout Spoof on Twas the Night Before ChristmasDownload

This is a camping version of the well known song.

How the Flag Remembers Christmas

Use this inspirational patriotic ceremony at your December gathering.

Have your Scouts make some gifts to give away with these easy ideas.

Here are some thoughts for fun ways to participate in that gift exchange.

Thank you so much for the cute ideas for the cub scouts. Your website was a great help!!

This is adorable. Thanks!