The US Flag is the symbol of our country. Scouts should know how to fold it, fly it, and handle it.  Flag etiquette is part of many of the Scout requirements. In many cases, the rules are pretty straightforward. But in other cases, you just need to know the rules. For example, it gets more complicated when you are flying the US flag with flags from other nations. Here are the basics.

Displaying the US Flag with Other Flags

*A halyard is the line or rope used to hoist a flag. 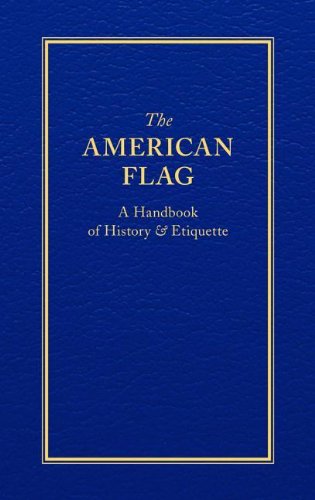 If three poles, in a line, separately display the U S, a state and an organization flags, respectively, is the U S flag pole (tallest) to be north or other specified orientation to the others? Or, does only the height matter?

Former USCG here, and if it wasn’t complicated enough already, there is always an exception to every rule – aboard ships equipped with a gaff (“a spar rising aft from a mast”) the position of honor is the gaff, and is not higher than the top of the mast – this applies on land as well, if the flag pole is so equipped. This is not a very common occurrence outside of land stations of sea going services (USCG, Navy, USMC) and yacht clubs, but you should never mistake the lower position for disrespect. Trust me, if anyone is the authority on flag etiquette it’s the military, particularly the sea services (land based flag etiquette is based on shipboard flag protocol). There are also a host of other guidelines for what flag goes where dependent upon whether the flag pole is fitted with a gaff, yardarm or both and which flags are being flown, this gets so complicated that it is an entire chapter in “Chapman’s piloting and seamanship” (the universally accepted reference for most things nautical)
(I’ve spent hours explaining the gaff being the position of honor despite being lower to confused, sometimes downright irate and offended, but generally well meaning people who complained about it, since the station I was at had a flag pole that was equipped with a gaff and yardarm and was very visible to the public

There are three separate poles, same high, same line. From left to right, first pole; with the American Flag, 2nd pole (in the middle) with the German Flag, 3rd pole, with the State Flag. All three flags of the same size. Is this display correct??

My neighbor flys an American Flag on top and a much larger Trump 2020 campaign under it on the same pole, same halyard. Seems wrong to me. Correct? It shouldn’t be bigger than USA flag, and it’s advertising a campaign. Am I right?

Found this in another page:

According to the Flag Code, it is never acceptable to fly a company flag, corporate banners or other form of branding/advertising on the same pole as the US Flag; you will need to have a separate flagpole to display both flags at one time.

Thanks. If you see anything about size of flags on the same pole, please reply again. I find it disrespectful to fly our flag with campaign flags…I’d feel the same way if it were an Obama, Clinton, or Abraham Lincoln campaign flag.

How about the LGBT flag:
https://www.businessinsider.com/biden-to-allow-us-embassies-to-fly-pride-flag-reversing-a-trump-decision-2021-4