A Scout Is Thrifty

Turn Back the Clock Theme (Resourcefulness)

A Scout is Thrifty

A Scout works to pay his own way and to help others. She saves for the future. He protects and conserves natural resources. She carefully uses time and property.

9th point of the Scout Law

Scouts understand the value of money and other resources. Scouts know that by conserving resources, there will be enough for the future. Here are some ideas for the ninth point of the Scout Law.

Add your own ideas about how “A Scout Is Thrifty” to the comments. 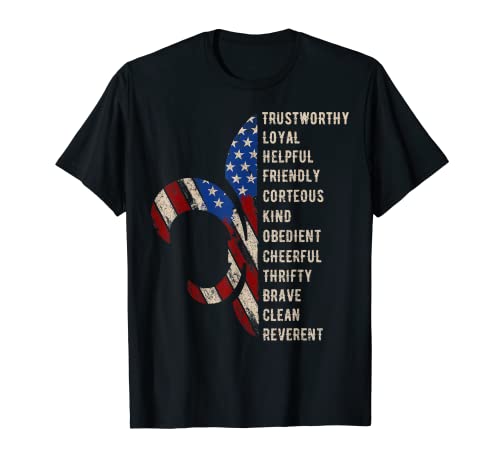 I like any activity that helps children consider budgeting their money. “Mom, I need a dollar for … ” 🙂 Seriously, though this is a really important concept for them to grasp. If they only get $5 a month they shouldn’t plan on spending $10. This will help Cub Scouts figure out their monthly budget.

This form is appropriate for older Scouts, especially if they are working on the Personal Management Merit Badge.

A supplemental meeting plan theme called Turn Back the Clock was provided by BSA a few years ago. “When you look back in time, it is easy to find many examples of resourcefulness, using human and other resources to their fullest. Whether it is the Ice Age, the Wild West, the Space Age, or the 1950s, each time period had people with goals who used the resources available to them to make their lives better.” Scouts learn to be thrifty by using resources wisely.

More Scout Law Resources for A Scout Is Obedient

A Scout’s Prayer by Lord Baden-Powell

I like the simplicity of the Scout Law. It is brief and therefore easy for youth to memorize. But it covers a lot of ground. A Scout is: Trustworthy, Loyal, Helpful, Friendly, Courteous, Kind, Obedient, Cheerful, Thrifty, Brave, Clean, Reverent.

A Scout is Reverent. This is another Scout Law prayer which incorporates the twelve points of the Scout Law.

Scout spirit is mentioned in several of the requirements for Scouts BSA ranks. But what is Scout spirit and how does a Scout go about demonstrating it? Hint: Think about the Scout Law.

Scouts of all ages need to learn the Scout Law. This classic Trustworthy Tommy song will help them remember the twelve points of the Scout Law and to understand what the points mean.

A Scout’s Prayer by Lord Baden-Powell

This prayer is attributed to Lord Baden-Powell himself. B-P clearly believed that faith was an important component of his Scouting program. So while Scouting is not specific to any particular faith, there is a spiritual aspect to it. This prayer, based on the Scout Law, would be appropriate for most groups of Scouts.