Camping In Instead of Camping Out

Winter camping can be a challenge with Scouts who are not used to being outside in the cold. If all else fails, camping in instead of camping out is an option.

Like many units, our troop tries to go camping every month with the exception of November (deer season and Scouting for Food). A few years back, their winter plan was for tent camping in December and cabin camping in January and February. The troop got a scout property cabin for February from the council lottery.

Unfortunately, there wasn’t a “scout priced” cabin to be found at the county or state parks for the camping weekend in January.  Nor were a couple of unit owned cabins in the area available. There was one county park cabin available in December though, so the plan was switched to cabin camping in December and tent camping in January. The chosen tent camping location was Johnson’s Shut-Ins State Park, since they have a full campground open during the winter season.

While nobody expected a tremendous turnout for January tent camping, there just was not enough interest to pull it off. Only 3 youth (2 of them my sons) and one adult (my husband) signed up. So it had to be cancelled. The youth leaders considered a day hike, but the Committee was concerned about the safety of hiking in January ice, so that was scratched also.

With the weekend only about two weeks away and still no plan for any activity, the PLC had another idea – a camp-in at our chartered organization.  The troop had never done this before and most of the youth didn’t even realize it was an option. The SPL and ASPL  were enthusiastic about the idea though, so this was the new plan for the January weekend.

And it seemed the troop agreed with their youth leaders. With the change in venue, the unit had 12 youth and 2 adults signed up, which was a very large turnout for a weekend activity for this small unit.

So they arrived Friday evening and played games in the meeting rooms. Those who wanted to, worked on advancement with some of the youth leaders. They were able to cook a meal outside. After league games clear out, they played basketball in the gym. Then back to the meeting rooms to sleep.  In the morning had a cold breakfast, goofed off some more, cleaned up the meeting room, and went home.

A troop needs a strong outdoor program, so I wouldn’t suggest doing this too often. But I think this is much better than everyone just throwing their hands up and doing nothing. Who knows? It might turn out to be one of those activities that keeps some of the ones who are losing interest coming back for more.

Also, this is a really great option for a fun winter activity for Cub Scouts, who, because they are smaller, are less able to handle long periods in the cold. 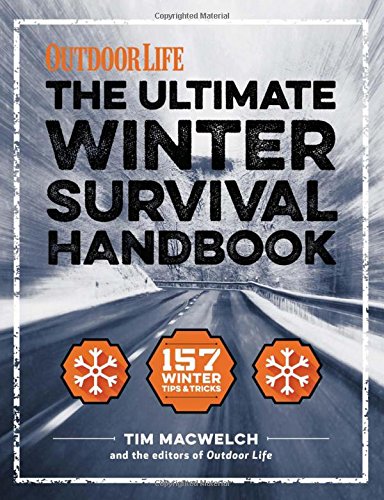 Nancy sent in this question about winter camp games: “I would like ideas for a winter camp that we either play inside or outside in the snow.”

Debbie asks if cold weather camping is appropriate for Cub Scouts. See some feedback from other Scouters in the comments.

3 responses to “Camping In Instead of Camping Out”