What Is a Board of Review?

It Is Not a Retest

Board of Review Questions

Board of Review Training

It Is Not the Same as a Scoutmaster Conference

Troops might also hold a board of review with a Scout who is not advancing or who is having some other difficulty within the troop.

It Is Not a Retest

An advancement BOR usually lasts about 15 minutes. It is important not to rush the Scout. The BOR should sit where they can have an uninterrupted discussion. A BOR can feel pretty intimidating to a Scout, so try to make him or her feel welcome and at ease. Ask open ended questions, rather than yes or no questions, to encourage more complete answers from the Scout.

An advancement BOR is not a retest of requirements. The board may ask questions to determine if requirements were met though. So a BOR would not ask a Scout to make a camp gadget using lashings. Instead, they might say ‘Tell me about the camp gadget you made.”

Talk about the Scout Oath and Scout Law. Give the Scout the opportunity to tell how he or she has lived these recently. Offer some praise when the Scout gives an example or two. This is also a good opportunity to help the Scout plan to achieve his or her next rank. What still needs to be accomplished for First Class or which youth leadership position is he or she interested in? Ask about interests and suggest some merit badges along those lines.

At the end of the advancement BOR, the Scout should be asked to step out for a few minutes. Discuss the Scout’s achievements. Don’t keep the Scout waiting too long. In most cases you will then congratulate him or her for being qualified for the rank. On the (hopefully) rare occasion where it is determined that the Scout hasn’t completed all of the requirements, explain specifically what still needs to be done and offer plenty of encouragement. 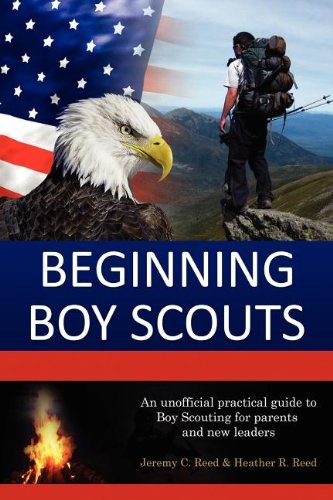 Board of Review Questions

Reader Shelley asked “I’m a new Troop Committee Chair and was wondering if anyone has some great questions that they ask their Scouts during their BOR?” Sometimes committee members struggle to come up with good questions.

Scout spirit is mentioned in several of the requirements for Scouts BSA ranks. But what is Scout spirit and how does a Scout go about demonstrating it?

Board of Review Training

This BSA training module will help you understand the dos and don’ts of a BOR. It will will train troop committee members and others in the purposes of the Board of Review, offering suggestions for the types of questions that can or should be asked.

One of the things we do on our committee is we ask the boys specific items about the rank they’ve completed without retesting (what was your favorite part? what did you find the hardest? you had to do 6 hours of community service, what did you do and what did you think of it?)

we ask “as a committee, what would you like to see US help the troop with?”

we ask about merit badges they’ve achieved, which was their favorite, which didn’t they like, what didn’t they like. what advice they would give younger scouts working on this rank.

and we ask what they are looking forward to in the next rank. what they want to do next.

i like the way we do it — there is no retesting, no skill test. we love letting the boys talk about their experience, and i have to say that this is such a blessing for me to be part of, and i look forward to each one i get to do.

When a scout comes to a BOR for Star, Life or Eagle rank I like to ask the scout to tell me about a current event (any current event). By the time they reach these ranks they should realized part of their “duty to country” is to be a good citizen and that means they need to be informed about something going on around them. This is not something that will keep them from getting rank, but is something they should be able to give some kind of answer to. If not, I tell them that is alright, but when they come to their next BOR be ready to share a current event then.

I have this poster signed by NORMAN ROCKWELL, with a dedication to Troop 9
Morganton,N C It has been in my home since the ’40s.
I’m trying to find the source of the poster and date of publication. Any help or input will be appreciated.

You state a scout is ready for a BOR once all the requirements have been met for rank (When a Scout has completed all of the requirements for a rank, he must appear before a board of review.)

Yet, you state that “On the (hopefully) rare occasion where it is determined that he hasn’t completed all of the requirements, tell him specifically what he still needs to do and offer him plenty of encouragement.”

So how does a BOR determine a requirement has not been completed?

For example, if the BOR asks “Did you enjoy cooking a meal for your patrol” and the scout replies that he didn’t cook a meal, but it was signed off anyway.