I think this is one of those things which probably has about a hundred versions floating around out there. I’m going to give you the version I’m most familiar with and you can add your own variations in the comments.

We have always done this as a cheer with two groups. The idea is to see which group can be the louder. This makes a fun activity for a Pack meeting or a campfire program.

A former Cubmaster  used to write cheers down on slips of paper and put them in an empty Cheer detergent  box.  Then, during the Pack meetings, one Cub Scout would pull one of the slips of paper out and read the instructions for the cheer.  Everyone then had to stand up and participate. It was a great way to put some fun in the Pack meetings. 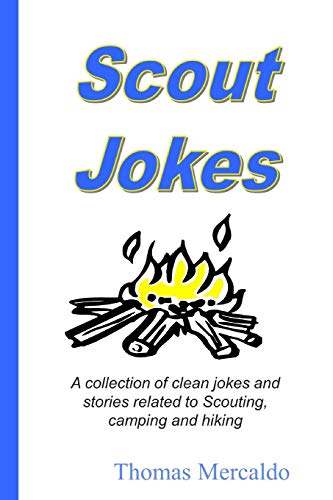 There Ain’t No Flies on Me Cheer

The second group replies in kind, trying to be louder than the first. Do this back and forth a few times and you will have a group of totally wound up Scouts.

We use this one during parades. The first pack in line will start the cheer and insert the # of the pack marching behind them. “There may be flies on Pack 55” and so on down the line. The last pack in line will then reverse it back to the front of the parade. The kids love it and the spectators find it very amusing. It also gives the packs a sense of unity.