Citizenship in the World Merit Badge Helps and Documents

Scouts explore what it means to be a member of the global community while working on the Citizenship in the World merit badge. They learn about international law and international organizations such as the United Nations, the World Health Organization, and the European Union. Scouts also find out about relationships between nations and the role of the US State Department and ambassadors.

The Citizenship in the World merit badge is required for the rank of Eagle Scout. 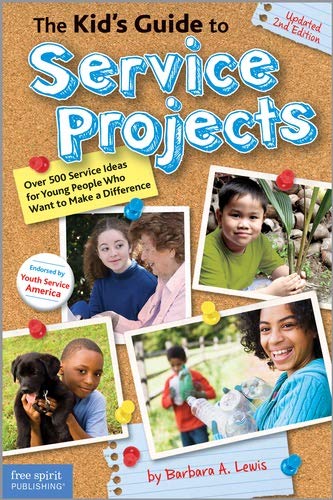 Get hundreds of service project ideas

Help with Answers for Citizenship in the World Merit Badge Requirements

Find specific helps for some of the Citizenship in the World merit badge requirements listed below. Some of these resources will just give the answers. Others will provide engaging ways for older Scouts to introduce these concepts to new Scouts.

Some Aspects of World Citizenship

What is Global Citizenship?

Some Aspects of World Citizenship

What is Global Citizenship?

Citizenship in the World Merit Badge Requirement 2: Rights and Duties of Citizens

What is US Citizenship?

Comparing the US, Indian, and German Constitutions

Comparing US and UK Constitutions

What is US Citizenship?

This topic is covered in Requirement 1 for the Citizenship in the Nation merit badge. Click here to see all of the information about who is a citizen and the rights and duties of US citizens.

Do Citizens in All Countries Have the Same Rights and Responsibilities?

This article compares some of the rights in the US constitution to rights in India and Germany.

Comparing US and UK Constitutions

Current Events in the World

Current Events in the World

Check out the US News and World Report world news page and find something of interest to sturdy further.

Select a country to see an overview of its population, climate, geography, economy, and more. Click on the links in the economy section to learn about resources.

National law – also known as domestic law or municipal law – is a body of laws made within a country by its government. These laws are only in effect within the boundaries and territories of the nation.

International law is a set of laws which numerous countries sign for their mutual benefit. They normally deal with topics such as international crime, human rights, and trade.

See current news articles which are directly related to international trade. You can pick one to read and study further.

The United Nations is an international organization founded in 1945 after the Second World War by 51 countries committed to maintaining international peace and security, developing friendly relations among nations and promoting social progress, better living standards and human rights.

UNICEF works in over 190 countries and territories to protect the rights of every child. It is the world’s largest provider of vaccines.

Also known as the International Court of Justice, the World Court settles disputes between countries in accordance with international law.

World Organization of the Scout Movement

WOSM encourages the Scouting movement throughout the world. The World Scout Jamboree is one of its events. The Boy Scouts of America is a member of WOSM.

WHO’s primary role is to direct international health within the United Nations’ system and to lead partners in global health responses.

Amnesty International is a global movement of more than 10 million people in over 150 countries and territories who campaign to end abuses of human rights.

The International Committee of the Red Cross

The ICRC responds quickly and efficiently to help people affected by armed conflict. It also responds to disasters in conflict zones, because the effects of a disaster are compounded if a country is already at war. Emergencies are unpredictable, so rapid deployment capability is hugely important.

CARE is a major international humanitarian agency delivering emergency relief and long-term international development projects. It is is a global confederation of organizations working together to end poverty.

Citizenship in the World Merit Badge Requirement 5: Types of Governments

Forms of Government with Description and Examples of Countries

Forms of Government with Description and Examples of Countries

How Is the US Government Accredited to International Organizations?

What Is a Passport?

Why Do I Need A Passport To Travel?

Countries engage with other countries through their head of state – such as the president or prime minister, ambassadors, and other diplomats.

How Is the US Government Accredited to International Organizations?

A Consul’s primary job is assisting and protecting American citizens abroad. If you lose your passport, find yourself in trouble with the law, or want to get married to a foreigner overseas, you’ll need the help of this officer. Consular officers also issue visas to non-U.S. citizens who wish to travel, work, study, or live in the United States.

IIP is part of the State Department. It supports conversations with people in other countries to promote foreign policy priorities. The video below gives some examples.

USAID is an independent agency of the United States federal government that is primarily responsible for administering civilian foreign aid and development assistance. See the video below.

The U.S. Commercial Service is the trade promotion arm of the U.S. Department of Commerce’s International Trade Administration. It helps U.S. companies get started in exporting or increase sales to new global markets.

What Is a Passport?

A passport is a formal document or certification issued by a national government identifying a traveler as a citizen or national with a right to protection while abroad and a right to return to the country of citizenship.

Why Do I Need A Passport To Travel?

News Agencies from Around the World

News Agencies from Around the World

Use these helps, ideas, and related achievements to continue to explore the Scout’s role in the world community:

Youth earn the Scouts BSA World Conservation Award when they earn conservation related merit badges and participate in a conservation project as part of an approved Scouting program. The Citizenship in the World merit badge helps fulfill these requirements.