Scouts explore what it means to be a member of the global community while working on the Citizenship in the World merit badge. They learn about international law and international organizations such as the United Nations, the World Health Organization, and the European Union. Scouts also find out about relationships between nations and the role of the US State Department and ambassadors.

The Citizenship in the World merit badge is required for the rank of Eagle Scout.

Use these helps, ideas, and related achievements to continue to explore the Scout’s role in the world community: 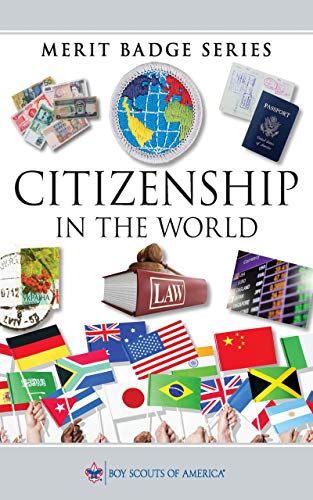 Get the Citizenship in the World Merit Badge pamplet

Top ideas for Citizenship in the World Merit Badge

The focus in this program feature is citizenship and service. Younger Scouts BSA can work on flag etiquette, flag ceremonies, and their rights and duties as US Citizens. Older Scouts…

The requirements for the Building a Better World adventure help Webelos learn about good citizenship and good stewardship of our resources. Webelos working towards Arrow of Light will learn about…

This word search puzzle contains words and phrases related to the United States Constitution. Use it with your citizenship requirements.

The Citizenship feature teaches Scouts understand their rights as US citizens. It also demonstrates how these rights are balanced by duties like paying taxes and voting.