Ben sent in this question:

We recently had an issue with some scouts on a camp out where a knife was used improperly. There was an incident and although no one was injured I realized there don’t appear to be clear guidelines on what is a “minor” vs. “major” infraction when it comes to revoking/cutting the Whittling Chip card.

There is a tradition in Scouting of removing corners from a Whittling Chip card when the Cub Scout uses his pocketknife in an unsafe manner.  Many troops have a corresponding rule for Totin’ Chip cards for Scouts BSA. However, this is not a BSA policy. So it is up to individual units as to if and how to implement this policy.

Our unit does not use this policy. Instead, if a Scout is using a knife in an unsafe manner the card, and sometimes the knife, will be taken away. It is returned to the Scout once the rules have been reviewed again and the Scout agrees to abide by them.  This can be done on the spot or later at the discretion of the unit leader and depending on the nature of the infraction.

So your unit should set it’s own policy. It is probably better to have a predetermined policy though so that you are presenting a consistent message to your youth. 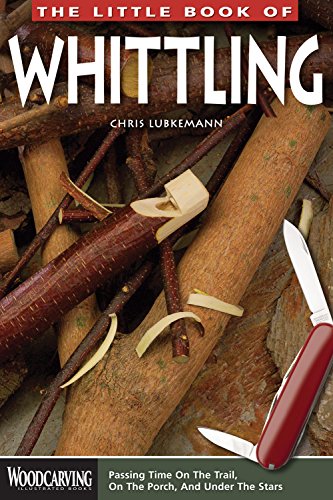 Get some whittling project ideas

There is an interesting article in Scouting Magazine related to this topic: Ask the Expert: Is cutting corners off the Totin’ Chip allowed?

A Scout does this certification to show that he or she is ready to handle a pocketknife safely. When complete, the Scout gets a Whittling Chip card.

Most Cub Scouts earn the Whittling Chip card when they are Bears as part of the Bear Claws adventure.