Heather sent in this request for advice:

I am currently a Wolf Den Leader (my son is a Wolf) and I was the Tiger Den Leader last year. Up until recently, we had all planned on continuing to “move up” in leading Dens as our sons progressed through the program. I have been told recently that one of the items we will be discussing at our Leader Planning Meeting this weekend is that the Current Webelos Leader and current Bear Den leader feel like it is a better idea for them to stay in their roles since they have navigated their way through the program and learned it.

While do not disagree with the premise behind what they are saying, I have no desire to stay in the Wolf Den and lead the group while my son isn’t a part of it. We look at scouting as a family activity. And yes, much of his scouting occurs outside of the actual den meeting, I still don’t want to spend all the time planning and executing things I will not be able to include him on.

What is the community take on this? I do not wish to be selfish and push my point, nor do I wish to “take over” the Bear Den if that is not wear my service is welcomed, at the same time I feel like families that want to be involved should have precedence to work with their kids if they want to, especially if they have done so for the last 2 years. I appreciate feed back on both sides of this issue, as I am really feeling torn. Thanks! 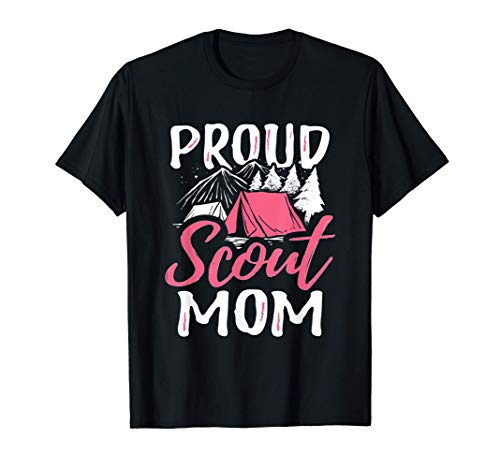 Get a Scout Mom Shirt

Thanks for the question Heather. I was a den leader for two of my sons’ dens. In my experience in our pack and from talking to leaders in other packs the norm is for the den leader to move along with the den, usually because they have a son in the den and they have become a den leader to participate in their son’s Scouting experience. I’ve really never been involved with a Cub Scout program where parents who are willing to continue being den leaders for their son’s dens are asked to step aside for others.

That being said, den leaders are appointed by the pack committee with the approval of the chartered organization, so they do have the authority to replace you with another den leader. But this might just be a case where some committee members thought this might be a good idea to try out. If you haven’t already, voice your concerns to the Committee Chair and find out how committed they are to this idea.

If they are firm about placing a different leader in with the Bears, it is certainly your option to decline staying on with the Wolf den. You can be an active parent in the Bear den without being den leader and perhaps even an assistant den leader. I don’t think anyone would blame you for wanting to share your Scouting experience with your son and his friends rather than a different group of boys.

Readers, what do you think? Have any of you been involved in a situation like this?