About those Pinewood Derby Cars

Our Pinewood Derby is coming soon and Cub Scouts are putting the finishing touches on their cars (hopefully). I’ve told them they can count work on their cars towards any appropriate craft or building requirement, such as the Build It adventure, if they did a significant amount of work on the cars themselves. This means that they got to use some hand tools on the car, they sanded it, they did the painting, etc.

So at a meeting after the event, their den leader can talk with them to see which Cub Scouts think they did enough of the work to count it as a project.

I also reminded the parents that the Guide to Safe Scouting doesn’t allow Scouts to use power tools, so if they want to use this as a requirement, they should let the Scouts use some hand tools on it.

So we’ll see. Every year at least a couple of Scouts tell me that their dads built the cars and they just watched. A Scout Is Trustworthy! 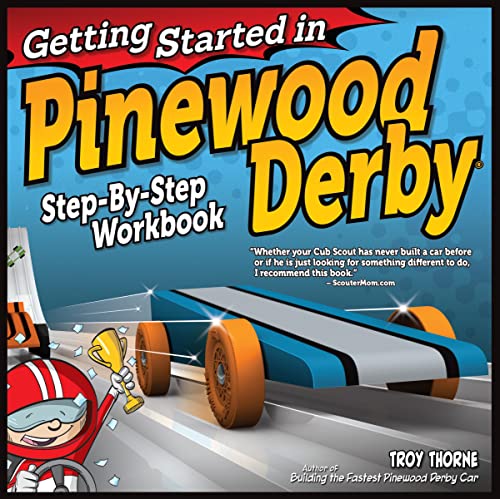 Get detailed instructions for builidng your Pinewood Derby cars

See lots of fantastic design ideas to get your own creativity rolling. From Star Wars to Pokemon to Minecraft to Legos and beyond!

This colorful workbook goes through all of the steps involved in building a car. My favorite thing about the book is that it is directed at Cub Scouts – who should be doing most of the work on their cars.

Re: the tin can lanterns; fill the cans 2/3 of the way with water and freeze. The ice will prevent the cans from collapsing when hammering.