About the Biker Gang Skit

Often at Scout camp, each unit will be asked to put on a skit. Every time I went to Cub Scout Camp with my second oldest son’s Webelos den, they lobbied hard for this skit. Whenever they had a chance to do a skit, this one was tops on their list. I don’t know why.

Lesson of This Skit

I can’t say there is any lesson to be learned from this skit other than don’t forget to bring your tent.

And no, this is not my impression of bikers, so don’t write.

Maybe you could start with some humor and then lead into a discussion about leadership. 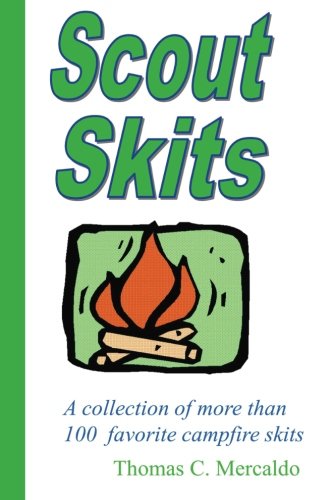 Scout Leader: Why didn’t you bring a tent?

Scout: I thought you were bringing a tent for me!

Scout Leader: You’ll just have to sleep under the stars.

The Scout Leader goes into his tent. The Scout lies down outside. The biker gang comes in making loud motorcycle noises. (My den likes to yell “Biker gang” when they make their entrance also.)

Biker gang member: Look there’s a guy sleeping on the ground. Let’s get him!

The bikers chase the Scout around a few times and run off.

Scout: A bunch of people came and chased me.

Scout Leader: Well, they’re gone, so go back to sleep.

They both go back to sleep. The biker gang comes back in making lots of noise.

Biker gang member: Look! He went back to sleep. Let’s get him again!

The gang chases the Scout again and then runs off.

Scout Leader: What is it now?

Scout: They came back and chased me again.

Scout Leader: They left again, so just go back to sleep.

Scout: I can’t. I’m scared! What if they come back?

Scout Leader: OK, you sleep in the tent and I’ll sleep outside.

They switch places and go back to sleep. The biker gang comes back in, making lots of noise.

They chase the Scout out of the tent and run around after him a third time and leave. The Scout throws his hands up in the air and runs off screaming.

See more skits on this site, from super simple ones for young children to more complicated ones for older youth.

Tips for your Campfire Program

Learn how to use skits, songs, and run ons to make your campfire program more engaging.

This is cute and I think the older boys would have fun with it. I think I would probably modify it to be zombies or something like that, instead of a “biker gang.” 🙂

A clever variation of this is to substitute the biker gang with a swarm of mosquitos, talking in a high pitched voice. Works ten times better, and no need for violence or the beating of innocent Scouts.